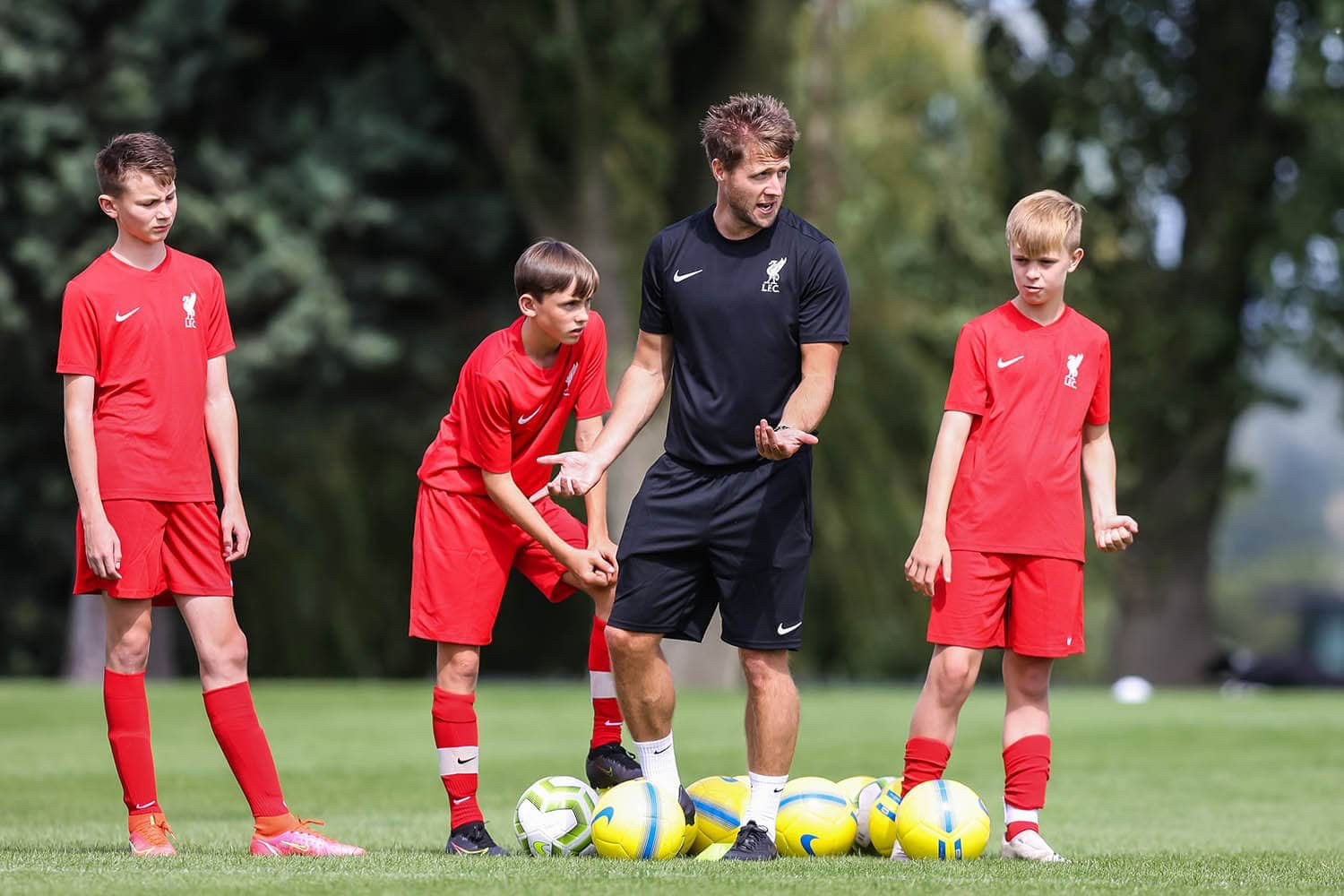 To deliver the most authentic club coaching programme to all our participants around the world.

Liverpool Football Club was formed in 1892. One of the most recognisable sports teams in the world, LFC has won 6 European Cups, 19 domestic league titles, 8 FA Cups and more than 20 other major domestic and European honours.

Based at our home stadium of Anfield, Liverpool, the team is managed by the FIFA Best Men’s Coach, Jurgen Klopp. His star-studded squad is a mix of global superstars and home-grown talent, all of whom proudly represent the values of the Club.

We have a formidable record of developing young footballers in our Academy, many of whom have gone on to enjoy long professional football careers at the elite level of the game. Such names include Steven Gerrard, Michael Owen, Robbie Fowler and Trent Alexander-Arnold.

LFC International Academy is the global youth coaching arm of LFC. Delivering the same coaching curriculum and techniques that are used with the Club’s own young players at the Academy in Liverpool, LFC IA teaches young participants how to play The Liverpool Way in countries across the world.

LFC International Academy South Florida is an official partner of the Club and we deliver coaching programmes under the guidance of LFC. Through daily communication with the technical and business teams in Liverpool, programmes are planned, delivered and administered to the high standards expected by LFC.

The Liverpool Way & Our Values

LFC International Academy offers young fans around the world an opportunity to learn to play The Liverpool Way, developing them both on and off the pitch. The Liverpool Way is a philosophy that runs throughout LFC. It incorporates the four core values of the club, and these values permeate through everything that we do at the LFC International Academy.

When all the right elements come together we can achieve almost anything.

Our identity is INTENSITY.

We develop all players at the LFC International Academy in 5 key areas, with the player always at the centre of this model.